What is negative disk latency?

While checking for something on ESXi, I stumbled into a screen where there was disk disk latency graph with dips as far down as the peaks in the other direction for disk latency.

That would mean read ahead of what's requested, wouldn't it? It ain't possible* is it? Is it just a bug? This is shown only in ESXi, there's a notice that says if I want more data I should check vCenter, but in vCenter there's only positive values displayed. Then I for some reason clicked on the little refresh icon before taking a screenshot so the more dramatic values were lost but a few still show: 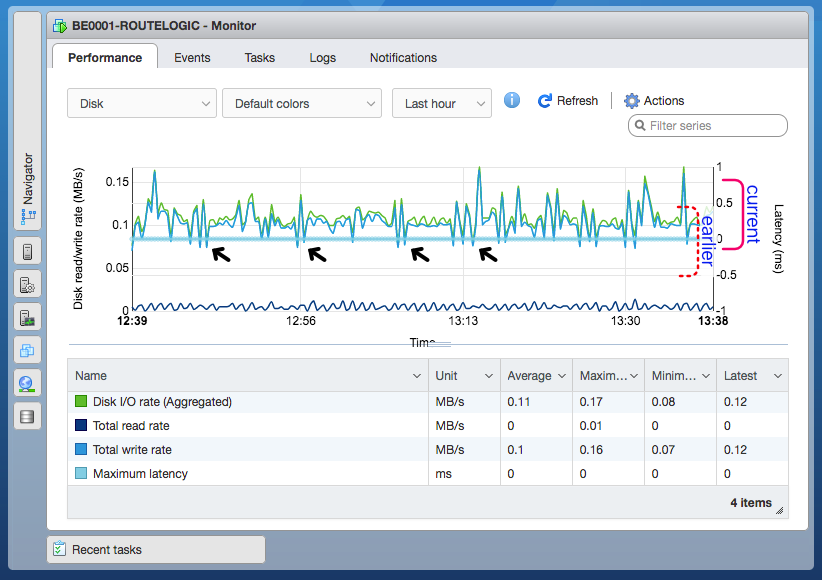 What does this value mean? It's the first time I've seen it.

* : well… the storage backend for this particular datastore I believe is ZFS, so while technically possible I guess, vSphere doesn't know that.