Apple devices are not detecting on my MacOS virtual machine

I have an issue with passing through Apple devices to VM.

After passing them through to VM i can see them in System report/USB section where also Android phone shown. Also I see Apple devices in Finder, and of course i can see them  from output instruments -s devices.

But when i need to reboot or shutdown VM, situation changes. Apple and Android devices still available in System report/USB section, but Apple devices  unavailable in finder and Xcode also I can’t see them, what means i can’t run tests on them. To solve it i need to unplug usb charging cable from ESXI host and then plug it again, then devices appears as before. This issue reproducing only for Apple devices, Android OK, even after rebooting of shutting down VM.

Also i tried to use different version of ESXI, but it didn’t help.

I found the same question in forum, but it is without answer. 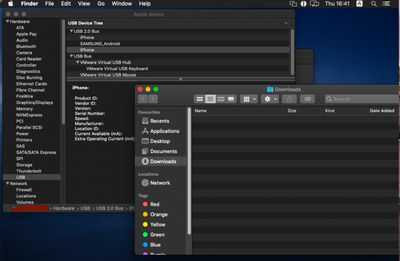 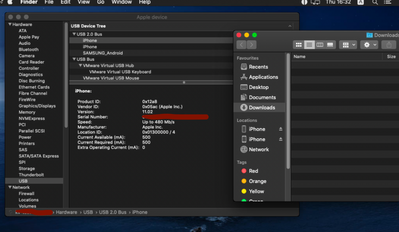 That previous thread could not be discussed as it involved a violation of the Apple EULA.