Why does an empty VM allocates so much space?

I started creating placeholder VMs for otherwise occupied spots in the infrastructure invisible (without Operations and NSX and all that) to vSphere. It's much faster than checking IPAM and efficient since there's no server in machine or process dedicated to the task.

These machines have the real bare minimums of what they can have, 4 megabytes of memory, no disk, no network, 1 CPU only because there's no such thing as a fractional CPU—maybe in containers.

Just now I was cloning one of these and noticed it allocated more than a gigabyte for the machine: 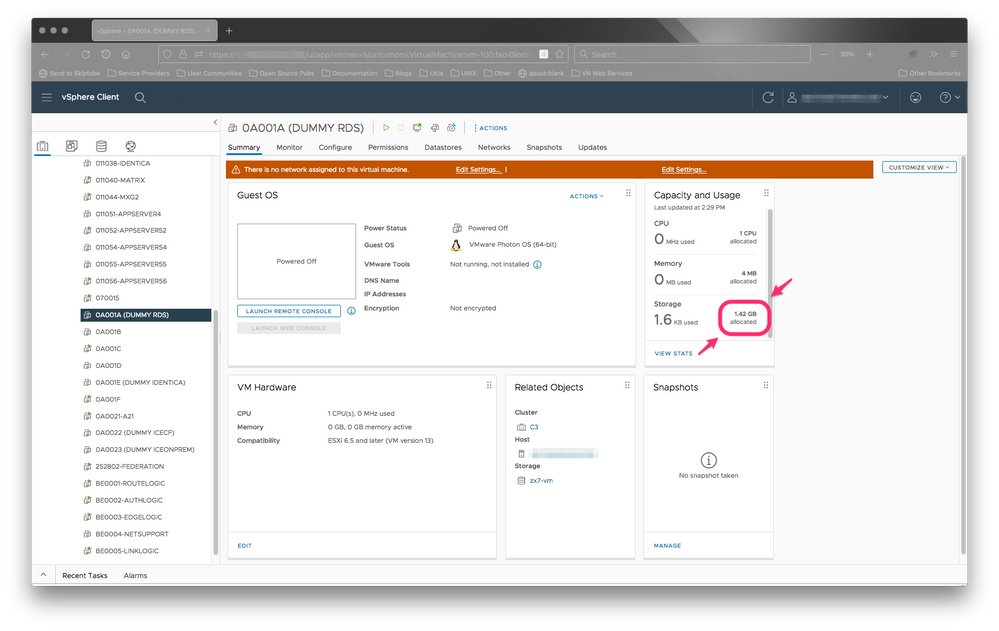 A gigabyte isn't really much, plus, allocated as I understand doesn't mean written. but rather some combination of resources if the machine were to be turned on (it hasn't—there aren't any temporary files, swap, logs, anything), memory for instance for the…um… I want to say the balloon? I don't remember exactly but I did the math, that's over 300 times the memory.

I'm curious, what does this allocation involve? I've read about it in the documentation but memory and disk are explicitly referenced, one isn't there, and the other is almost non-existent in this case.

it is overhead of the VMFS filesystem. if you go to the commandline, you can do an "ls -lah" and you will see the files which take up the space in the VM folder. Just as an example, see the below, this is an empty VM with more or less the same config you created.