For the last 2 days I am trying to find the solution to my network issue. For some reason (no matter what Windows i installed) I cannot get access to network via VM.
I tried all options (NAT, Bridge, Host-Only) but it all gives me the same result. So any help would be appreciate. I tried some fixes that helped other users here (changing the NAT DNS, forcing static IP,..) but nothing helped me.

From VM i can ping anything (modem, other's PC in network, google,) and also I can ping my VM from my other's PC: 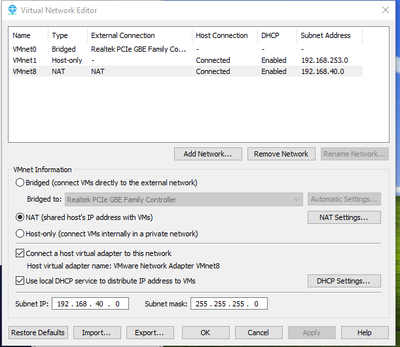 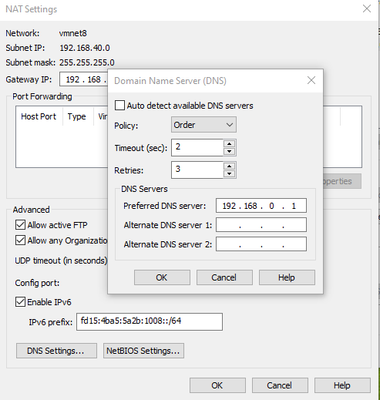 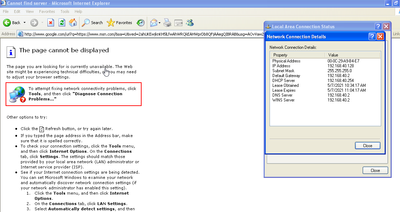 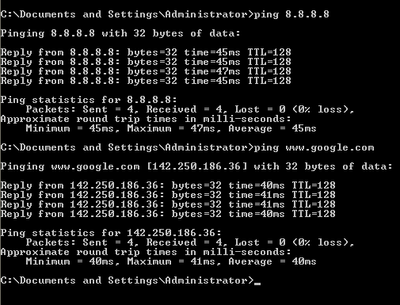 From your screenshot, looks like the VM is Windows XP. There is a high chance that this is because the browser you used (is it IE5.5 or IE6.0???) is failing the https handshake with websites that have SSL enabled. If you try website that don't have SSL enabled (hard to find one these days), perhaps this odd problem you face won't be there.

It is probably not a good idea anyway to use Windows XP exposed to the internet these days.

If you install a Windows 10 VM does the problem (able to ping but unable to browse website) persists?

By quickly looking at your screens, it seems that your network DOES work - kind of.

Just correct it or add the address that you were pinging, 8.8.8.8, as a secondary DNS address and it will work. So, in the current setting, Internet works, but it doesn't find any addresses by name, because there is no valid DNS server defined.

Over the years I have learn that sometimes network issues in vCenter can be fixed just by disconnecting and connecting network. Yes as simple as that and no other way to fix it. VM reboot will not have any affect. So try that. If that dose not work,

- Migrate to another cluster and try

This is on Workstation Player, not vSphere.

Did you get your networking sorted out? Can you please add "solved", if so.

As for further explaining my answer: The matter that you can ping external networking, like a Google DNS server, means that your networking works. By closer study on your pictures, you have different pictures reflecting different setups. However, in one of them is a wrong DNS server - which I took the real reason for not being able to use Internet in a normal way, by giving a name of a domain in Internet (like ibm.com) in an Internet Browser. Not rebooting between setups, may sometimes appear as setup not being correct - Windows does require reboots in cases where it doesn't tell that ... for instance ping might work without a reboot, but some other networking functionality does not ... coming to think of that, certain changes in DNS are just those.

If not obvious, pinging a tcp-ip address is not dependent on DNS server being configured correctly.