Since the VMware forum software was upgraded to this new format the thread titles are shorter and shown with ... to indicate a longer title that cannot be shown. In fact, there's plenty of room. For example, VMware Workstation Pro Discussions titles:

I find it harder to browse the thread listing because sometimes the shortened titles don't give me enough information to know what the thread is about. 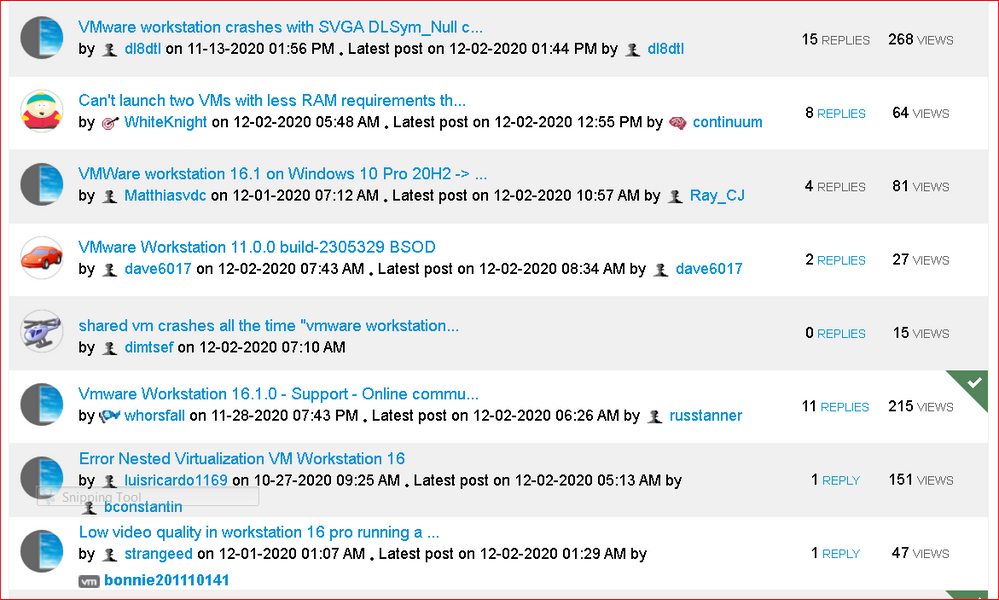