We are currently running into an issue where I am unable to capture adobe acrobat as my default pdf viewer. We originally had issues forcing adobe reader to be the pdf viewer so I worked with support to create a predefined setting in the default apps and ftas flex profile that would force Internet Explorer and Adobe Reader to be defaults for browser and pdf respectively and things have worked great since. Now we are deploying adobe acrobat DC via appstack to several users and these users are wanting Adobe Acrobat to be the default pdf viewer. I have tried the following: 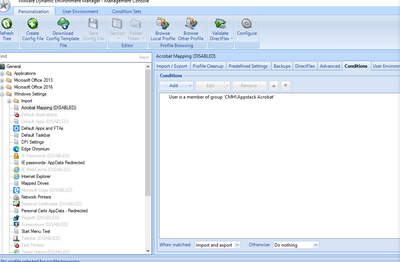 2. I have set the default apps and logged out, grabbed the adobe mapping profile and created a predefined setting to make the default Adobe Acrobat which does not work. 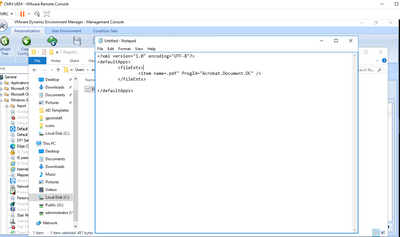 3. I have set the default applications and use Dism to export an xml file for the file associations and have created another predefined setting in the original Default Apps and FTAs flex per VMware supports request and that also did not seem to make any difference. 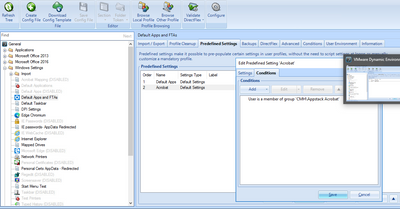 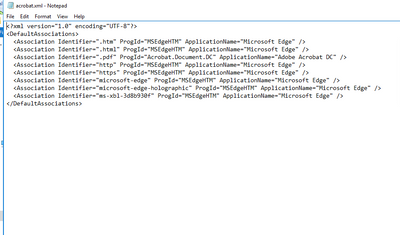 4. I have disabled the default apps and ftas profile entirely while leaving the acrobat mapping available and somehow still am getting  IE and adobe reader put as my default browser (I have made sure no writable volumes were attached during testing to rule out somehow something was being saved by the writable, have also tested on brand new test accounts with new DEM profiles as well) 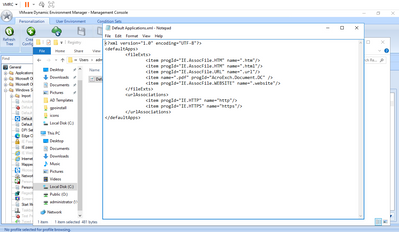 I have run out of ideas and support seems to be quite puzzled as well, but my admin staff is hammering down it needs to be resolved asap so I figured I'd see if anyone has ever run into something similar.

We are running into a similar issue. Was a fix found?

We are looking at this now too.