I've been struggling with an issue with the preview handlers for the 32bit version of Office 365 when provisioned in AppVolumes 4.1 (2006). It seems that the provisioning process works fine as expected. All of the applications in the suite launch without issue, but users have pointed out that the preview handlers are completely broken in Outlook. When a user attempts to preview any sort of Office related attached file in the previewer (Word, Excel, PowerPoint, etc) they get this error:

To further complicate it, if they attempt to open the attached file in Outlook the following occurs (just used an attached word doc in an email as an example): 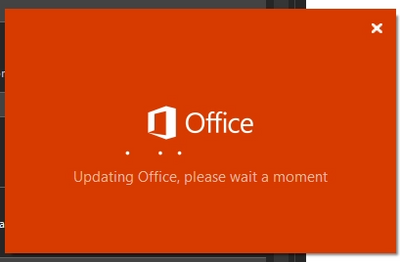 I've read around a lot this week. Most of these issues when searched return results for older solutions that involved versions of AppVolumes below 2.12 before provisioning Office365 products in Writables or Appstacks was supported. So far I have done the following:

* Updated the provisioning VM to the latest build of Windows 10

* Ensured appropriate .NET and vcredist libraries are installed on the golden image needed for Office 365

* Confirmed that the preview handlers are properly set in the registry

Originally, I had Office installed on the golden image. I installed it the same way I am provisioning it in the Appstack (ClicktoRun with an xml configured for shared licensing). The preview handlers seemed to work fine when installed directly on the golden image. The primary reason I am forced to move Office to an Appstack is due to the specific licensing needs of our organization. We are planning a hybrid of Cloud mail in Azure and on Premise Exchange depending on the licensing needs per user. Some need an E3, while others only need access to on prem exchange. For on prem, I will be creating an Appstack with Office 2016 Standard (x86). So having appstacks that work are my only option. It's worth noting that we are also required to use a 32bit version due to some Macros developed internally that are not supported yet with 64bit.

Has anyone seen anything like this? So far, this is the only issue that has been reported to me by users after provisioning the Appstack to them. The temporary work around is just to copy any Office related attachment locally and open it that way. Strange enough, the preview handlers seem to work fine for other products like Adobe Reader?