I can not seem to get Apps on-demand to work.

I do not understand how the Apps-on-Demand feature works. If the appstack is only attached on-demand, where does the shortcut a user should click on to launch an application (which is installed in an appstack and is not yet attached) comes from and where does it point to?

The DEM shortcuts target paths should change to the executable path after the initial launch. No mater were it is created.

The latest release has Apps on Demand: Command-line Delivery available.

Review these links and let us know if that helps your scenario.

Also, in AVM you can set the Application Assignment (Optional) "To not deliver the package at user login or computer startup, select Do not deliver for these assignments at startup or login."

Assign an Application to an Entity (vmware.com)

This is getting really complicated.

Maybe a (non-marketing) step-by-step technical video would be useful. Looking at the comments in this thread, I am clearly not the only one not understanding how all this works.

The main problem seems to be related to shortcuts and how to create desktop shortcuts for on-demand apps, directly or through DEM.

Unfortunately in an effort to help, @Micheal_A posted something originally that isn't supported by the product.  @curtistcreps the "app launch" command is not officially documented and is only intended to be used internally by the product.  It plays a partial role of delivery with additional functionality which removes the icon so it can be replaced the program's icon.  It does not expected to be called more than once.  For your special use case, you will want to skip the next couple paragraphs and read about the official command-line solution that shipped with version 2203.

Apps on Demand in App Volumes 4, version  2111 and later does not require use of the aforementioned command-line feature. Creating custom shortcuts are not required to enable desktop / start menu shortcuts that deliver apps on demand.

The best way to ensure you first have the icons is to verify the shortcut icons appear while a package is set to "Classic" mode.  Additionally ensure the app has been captured or updated using agent 4.5 or later. This is because the shortcuts are automatically detected by App Volumes while finalizing the package and the additional information is added to the .json (both outside and inside the package) with the shortcut, icon and exe information.  Shortcuts that reside in the user's profile are not saved to a package during app capture as these are excluded in the capture policy and the location changes from user to user.

When the package is updated with 4.5 or later and delivery is set to "On Demand" those same icons should automatically act as on-demand triggers to delver and launch the app.

So in short... You should be able to package on 4.5 or later and set delivery to "On Demand".  The regular shortcut icons added by app's installer (in areas outside the user's profile) should automatically be ready to deliver the app on demand.

Now, on to what Michael was discussing.  If you want to create your own Apps On Demand entry points on the system (not the ones in the package) then you can use App Volumes 4, version 2203 to execute a command in the guest via shortcut or File Type Association.  This is a more advanced feature and it is not for the faint of heart.  😉

Here is the command:

When the following command runs, the App Volumes agent gets the application package delivered to the end user and the application or file is launched:
<svservice.exe path> app run {application_guid} <exe_path> <arguments>

This is detailed in the App Volumes 4, version 2203 Administration Guide.  This is an advanced function and not required for Apps on Demand.  As Michael indicates, DEM has tools to help manage shortcuts and FTAs.

Here is an example showing the command being used in a registry entry for a File Type Association:

As you can see the what would normally be just:

has been wrapped with:

where app_guid is listed on the application page.

This would "lazy load" the app.  If the app is already present it should just run.  This is where @curtistcreps ran into issues using the undocumented launch command that should not be used.  This same method for FTAs would also apply to a shortcut (or anywhere the exe is used).  What is normally just the exe_path should be prefixed with the svservice.exe to lazy load and run the app.

I know that is a lengthy explanation but there were multiple things going on it this thread.

@Lieven -- a video is not a bad idea.  Will propose one back to the team or see if there is one already created that I can share.

Thank you for keeping on point.

The first solution I mentioned was for the first lease of AoD. When I had clients trying to use it with DEM and we did not have the advanced options at the time and having a conversation with you on this topic awhile back.

If you guys don't have a video of AoD steps, let me know and I will put something together.

Thank you so much for your quick response on this. Luckily I just upgraded our AppVolumes instance to 2203, so I was able to follow your recommendations and get this working!

I tested again the App On Demand functionality and everything is working except for the desktop shortcut.

When I create appstacks I always copy the desired desktop shortcuts to C:\Users\Public\Desktop (=outside the user's profile). This works fine when using classic appstacks, but with on-demand apps the desktop shortcut does not appear on the desktop (it is however available in the startmenu).

So the question remains the same: How do I get desktop shortcuts when using Apps on demand

Check out the latest changes in 2203. the svservice.exe has some additional parameters to create shortcuts to applications that are on-demand: Command-line Delivery of Applications in App Volumes (vmware.com)

If you found this comment useful or an answer to your question, please mark as 'Solved' and/or click the 'Kudos' button, please ask follow-up questions if you have any
0 Kudos
Share
Reply

Micheal_A
VMware Employee
“Set your Intention in the direction of your destiny and not the distraction of this moment.”
@StevenFurtick
VMware Docs | VMware EUC BLOG | VMware EUC Community | VMware Support |

There is a known issue when a folder is redirected using Microsoft group policies or DEM, the relative path from user profile directory is not valid.  There is a hot fix build available from VMware Global Services for this issue.  It is also planned for the next release.

Are you using folder redirection?

Yes, I am using folder redirection (through GPO).

When is the next release planned?

Any news on this?

I have updated both the App Volumes agent and App Volume Manager to version 4.7.0.64 (=version 2206) and can confirm that App Volumes On-Demand works fine now.

During the app stack creation, I created the shortcut in c:\Users\Public\Desktop 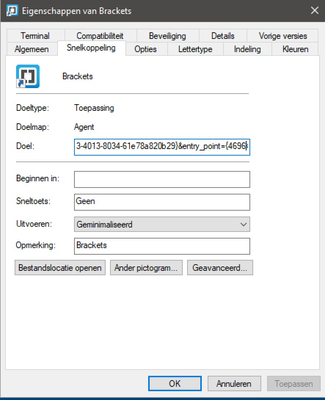 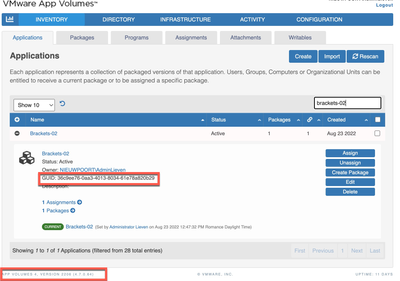 Once the application has been delivered (takes < 2 seconds), the shortcuts is changed to "C:\Program Files (x86)\Brackets\Brackets.exe" 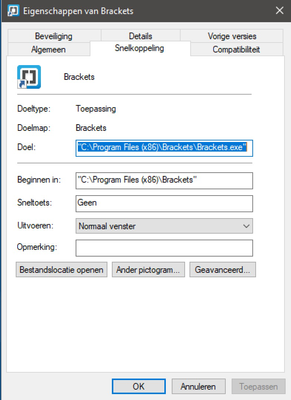