This is the first of a two-part industry trends and  perspectives series looking at how to learn from cloud outages (read part  II here).

In case you missed it, there were some public cloud  outages during the recent Christmas 2012-holiday season. One incident involved Microsoft  Xbox (view the Microsoft Azure  status dashboard here) users were impacted, and the other was another Amazon Web Services (AWS) incident. Microsoft and AWS are not alone, most if not  all cloud services have had some type of incident and have gone on to improve  from those outages. Google has had issues with different applications and services  including some in December 2012 along with a Gmail  incident that received covered back in 2011.

For those interested, here is a link to the AWS status dashboard and a link to the AWS December  24 2012 incident postmortem. In the case of the recent AWS incident which affected  users such as Netflix, the incident (read the AWS postmortem and Netflix postmortem) was tied to a human  error. This is not to say  AWS has more outages or incidents vs. others including Microsoft, it just seems  that we hear more about AWS when things happen compared to others. That could  be due to AWS size and arguably market leading status, diversity of services and scale at which some of their clients are using them.

Btw, if you were not aware, Microsoft  Azure is more than just about supporting SQLserver, Exchange, SharePoint or  Office, it is also an IaaS layer for running virtual machines such as Hyper-V,  as well as a storage target for storing data. You can use Microsoft Azure  storage services as a target for backing up or archiving or as general storage,  similar to using AWS S3 or Rackspace Cloud files or other services. Some backup and archiving AaaS and SaaS providers including Evault partner with  Microsoft Azure as a storage repository target.

When reading some of the coverage of these recent cloud incidents, I am not  sure if I am more amazed by some of the marketing cloud washing, or the cloud  bashing and uniformed reporting or lack of research and insight. Then again, if someone repeats a  myth often enough for others to hear and repeat, as it gets amplified, the myth may assume status of reality. After all, you may know the expression  that if it is on the  internet then it must be true? 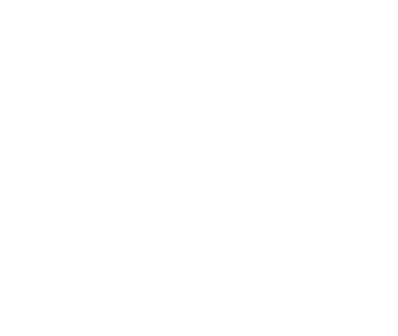 Have AWS and  public cloud services become a lightning rod for when things go wrong?

Here is some coverage of various cloud incidents:

The above are a small sampling of different stories, articles,  columns, blogs, perspectives about cloud services outages or other  incidents. Assuming the services are available, you can Google or Bing many  others along with reading postmortems to gain insight into what happened, the cause, effect and how to prevent in the future.

Do  these recent incidents show a trend of increased cloud outages? Alternatively,  do they say that the cloud services are being used more and on a larger basis,  thus the impacts become more known?

Perhaps it is a mix of the above, and like when a magnetic storage tape gets lost or stolen, it makes for good news or copy, something to write about. Granted there are fewer tapes actually lost than in the past, and far fewer vs. lost or stolen laptops  and other devices with data on them. There are probably other reasons  such as the lightning rod effect given how much industry hype around clouds  that when something does happen, the cynics or foes come out in force,  sometimes with FUD.

Similar to traditional hardware or software  based product vendors, some service providers have even tried to convince me  that they have never had an incident, lost or corrupted or compromised any  data, yeah, right. Candidly, I put more credibility and confidence in a vendor  or solution provider who tells me that they have had incidents and taken steps  to prevent them from recurring. Granted those steps might be made public while others  might be under NDA, at least they are learning and implementing improvements.

As part of gaining insights, here are some links to AWS,  Google, Microsoft Azure and other service status dashboards where you can view  current and past situations.

What is your take on IT clouds? Click here to cast your  vote and see what others are thinking about clouds.

Disclosure: I am a customer of AWS for EC2, EBS, S3 and  Glacier as well as a customer of Bluehost for hosting and Rackspace for  backups. Other than Amazon being a seller of my books (and my blog via Kindle)  along with running ads on my sites and being an Amazon Associates member  (Google also has ads), none of those mentioned are or have been StorageIO  clients.