Lets start out by clarifying something, that is in terms of context or scope, big means storage capacity as opposed to the physical packaging size of a hard disk drive (HDD) which are getting smaller.

So are HDDs in terms of storage capacity getting too big?

This question of if HDDs storage capacity getting to big to manage comes up every few years and it is the topic of Rick Vanovers (aka twitter @RickVanover Episode 27 Pod cast: Are hard drives getting too big?

As I discuss in this pod cast with Rick Vannover of Veeam, with the 2TB and even larger future 4TB, 8 to 9TB, 18TB, 36TB and 48 to 50TB drives not many years away, sure they are getting bigger (in terms of capacity) however we have been here before (or at least some of us have). We discuss how back in the late 90s HDDs were going from 5.25 inch to 3.5 inch (now they are going from 3.5 inch to 2.5 inch), and 9GB were big and seen as a scary proposition by some for doing RAID rebuilds, drive copy or backups among other things, not to mention if putting to many eggs (or data) in one basket.

In some instances vendors have been able to combine various technologies, algorithms and other techniques to RAID rebuild a 1TB or 2TB drive in the same or less amount of time as it used to take to process a 9GB HDD. However those improvements are not enough and more will be needed leveraging faster processors, IO busses and back planes, HDDs with more intelligence and performance, different algorithms and design best practices among other techniques that I discussed with Rick. After all, there is no such thing as a data recession with more information to be generated, processed, moved, stored, preserved and served in the future.

If you are interested in data storage, check out Ricks pod cast and hear some of our other discussion points including how SSD will help keep the HDD alive similar to how HDDs are offloading tape from their traditional backup role, each with its changing or expanding focus among other things.

On a related note, here is post about RAID remaining relevant yet continuing to evolve. We also talk about Hybrid Hard Disk Drives (HHDD) where in a single sealed HDD device there is flash and dram along with a spinning disk all managed by the drives internal processor with no external special software or hardware needed. 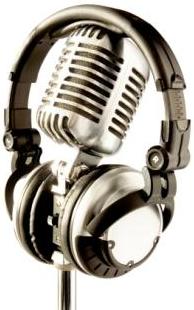 Put on your head phones (or not) and check out Ricks pod cast here (or on the head phone image above).

Thanks again Rick, really enjoyed being a guest on your show.

Whats your take, are HDDs getting to big in terms of capacity or do we need to leverage other tools, technology and techniques to be more effective in managing expanding data footprint including use of data footprint reduction (DFR) techniques?